Judo In Schools Bosnia And Herzegovina

JUDO IN SCHOOLS IN BOSNIA

The Bosnia & Herzegovina Judo Federation conceived this project entitled "Judo in Schools" as a long-term and systematically monitored project with multiple effects. In view of the experience of other countries in implementing similar projects of the International Judo Federation (IJF) entitled "Judo for Children", the project would take place in several phases with a specific organization involving judo clubs and their coaches, with support from the education system (Entity and Cantonal Ministry of Education, Science, Culture and Sports; primary schools) as well as sports institutions (Olympic Committee of Bosnia and Herzegovina, the Judo Federation of Bosnia and Herzegovina, the Entity and Cantonal Sports Associations, the Entity and Cantonal Judo Associations, school sports associations), and international and other institutions.

We believe that the effects of implementing the Judo in Schools project are long-term, measurable and beneficial, both for the health and upbringing of the school population and for the overall development of judo as an Olympic sport. The need to expand our youth base involved in the judo training process, as well as the relatively small number of children involved in regular training today through school sports, are, we believe, common interests in the realization of this project.

Based on the IJF project and the three phases of their project (I-Survey - gathering data to provide insight into local sports infrastructure and the opportunities provided by the schools; II-Development –introducing judo into local communities as a pilot project; III-Action (project implementation) our project is also conceived in 3 phases (partly overlapping), that is:

1) PREPARATORY ACTIVITIES OF THE PROJECT (April to September 2018)

3) MEASUREMENT OF PERFORMANCE (the phase of the project which starts after the first year and continuously lasts throughout the duration of the project). 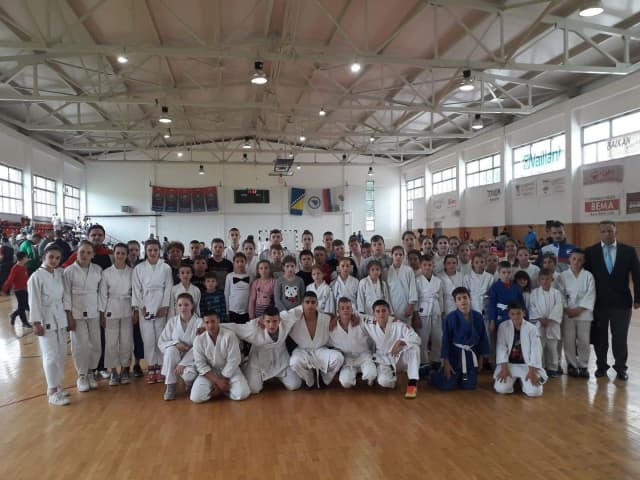 In addition, the proposal of specific contents will ensure gradual mastering of technique and systematic processing of all technical elements of judo. The concrete realization of the training, defining of the contents of the multifaceted sports preparation as well as the selection of methodological principles are to made by the trainer and will not be prescribed or unified, but it is suggested that they follow the curriculum of Physical Education. When teaching a certain specific judo technical element, the trainer is required to demonstrate a structurally correct performance based on the principles of judo technique and in such way teach the young athletes. In addition, it is very important to emphasize the understanding of the execution of a technical element as well as the possibility of concrete application of the learned.