Written by Jo Crowley on 14. Dec 2022
Share
At the final transnational meeting of the SchoolJudo.EU partners, Grazia Valenzano of the Italian Judo Federation spoke candidly about the situation in Italy. The pilot project went ahead very successfully with Olympic champion Giulia Quintavalle leading the coaching element. However, the background circumstances played a big part in how the project could be built.

“The Italian Ministry of Education doesn’t specify the need for programmes such as the SchoolJudo.EU project and so it is not a priority. Also there are no specialist PE teachers in Italian primary schools and so this makes initial contact a little complicated.

Guidelines for school sport include a compulsory element that insists on all school projects having certification and in order to get that a project cannot have private sponsorship, must have a teacher who has graduated in motor science and there cannot be a cost for families or for teachers. This is the current context and it provides some hurdles." 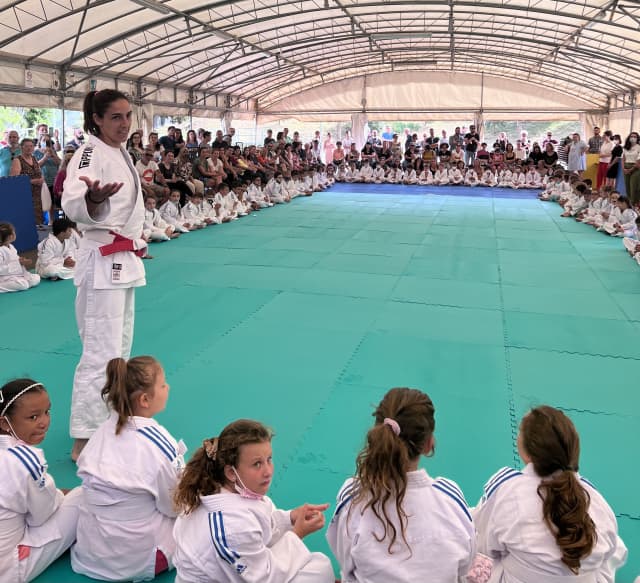 There is also ‘Sport e Salute’ Sport and Health S.p.A. which is the Italian public company dealing with the development of sport in Italy. It calls for specific qualifications and also supports a lot of existing projects, meaning there is little room for our new enterprise, especially with its normally expected fees. So, nationally it is difficult to break in but there is a great deal of possibility at a local level as schools and sports clubs are allowed to form their own contracts and agreements according to their own terms.

With Giulia Quintavalle coming on board as the Entertrainer (SchoolJudo.EU coach) we were very fortunate and she attracted a great deal of interest. We settled in a comprehensive school in Tuscany with 6 classes and a total of 130 students. The pilot ran for 12 weeks from March to May 2022. The end of the project was celebrated with a special event in June where local dignitaries, the school community and many families attended to cheer as their children received diplomas and gifts. The children wrote and drew extremely positive feedback.” 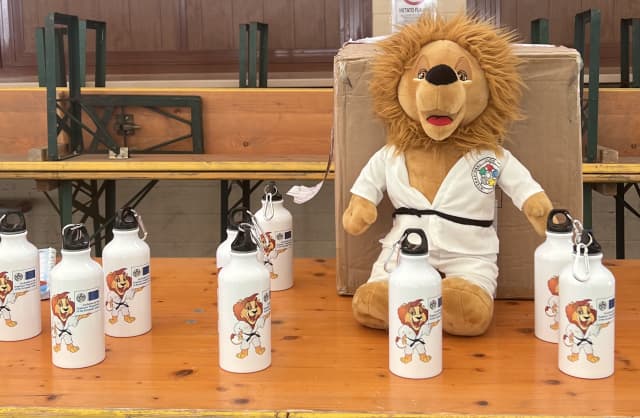 Giulia also gave feedback herself, “The structure of the project including its timing, and the collaboration with the class teachers was really positive. I liked the portfolio, produced by Ruben and the team, as a useful tool. I wanted more involvement from the other school teachers. They were great in their classrooms but could have been even better with them having some time in the judo lessons too, to really tie the project into the school community. This is a point for future planning perhaps.” 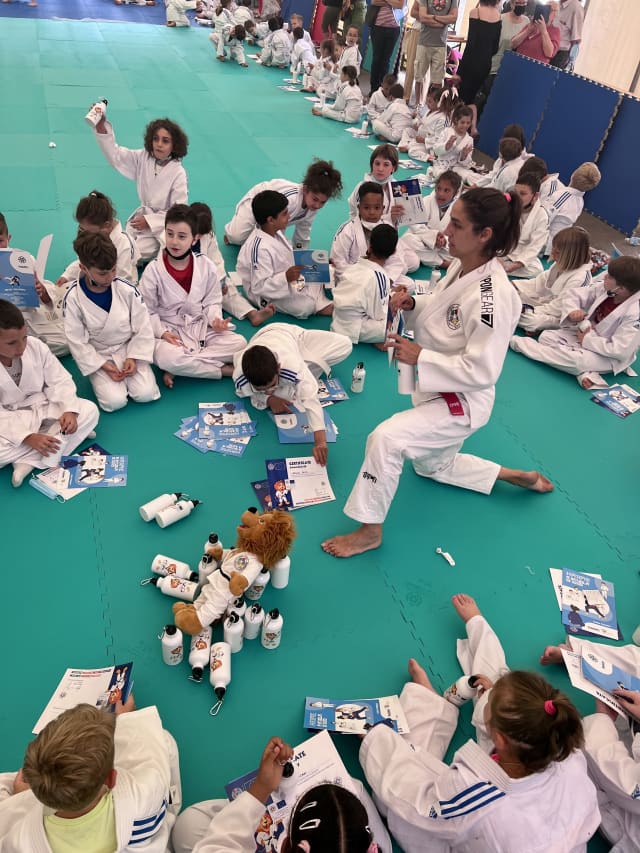 The children received diplomas and prizes

In conclusion Grazia said, “This is an important opportunity to promote judo in schools. Schools have no funds and the national context makes it difficult to establish a national programme but the local context is accessible. Our next steps can include training more Entertrainers so that we are ready for a new wave of implementation in the future.”

The project worked, modified from the skeleton plan provided by SchoolJudo.EU, overlaid on to the local context. It was clear evidence that with such well evidenced, functional resources and systems, this programme can be adapted to fit all situations and that was a big part of the original goal.