Written by Jo Crowley on 07. Dec 2022
Share
Margareta Bacsu, Julianna Kiralyi and Zoltan Jernei from the Hungarian Judo Association travelled to Ljubljana for the final transnational meeting of the Erasmus+ SchoolJudo.EU project and presented their summary of the pilot project in their context.

As background, it’s important to note that the HJA already has 322 schools on board with different Judo In Schools projects and a variety of provision but with all of it looked after by the Association. Margareta also told those gathered about the way judo has to work in order to get into schools, that it is a joint effort and agreement between the local judo club, the HJA, the local school district and the school itself. Schools provide space and time, the coach provides expertise and the HJA provides tatami and judogi. 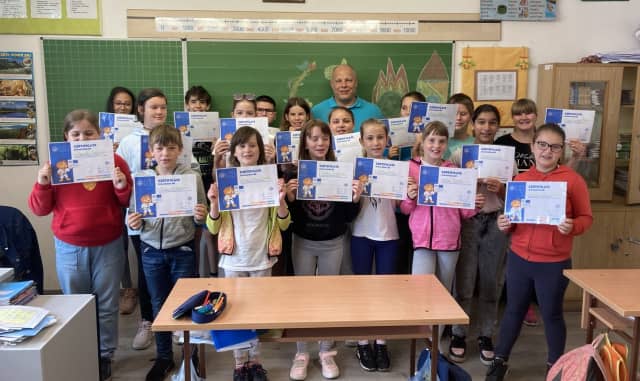 Zoltan's group with their end-of-project diplomas

For the SchoolJudo.EU pilot project two coaches agreed to test out the teaching method: Rego Selmeczi and Zoltan Pentek. Margareta said, “A good institutional system paved the way for our project to work!” Rego immediately had 6 hours of teaching per week in his school, with 6 classes and 25 students in each. Zoltan’s school set-up included 2 classes of 20 students each per week, so two hours of teaching in total. 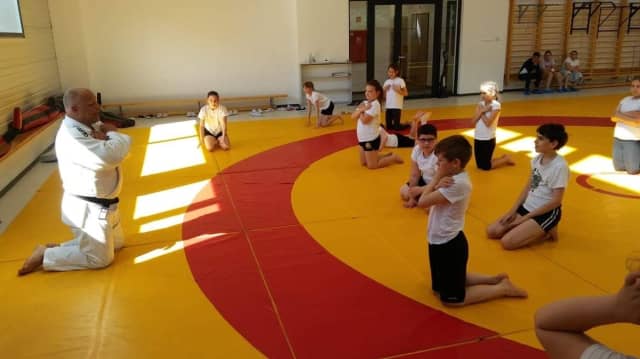 Julianna added, “We also translated the guidance materials, including the Entertrainer’s portfolio because we found that some coaches were turned off by the necessity to speak English. We struggled at first to secure coaches for the pilot because of that. Now it’s translated we have a much better uptake.”

Envic Galea, IJF Academy, said, “Using Rice360 for translating documents into any language was truly key to the early success of the IJF Academy.” He acknowledged how sensible it was for Hungary to go down that path during the recruitment phase. It was a very intelligent solution for the challenge of securing coaches and brought positive results immediately.

The transnational meeting in Ljubljana

Margareta continued, “We are looking in the future to combine another project with SchoolJudo.EU ideas, that focuses on learning how to fall safely, called ‘the Art of Falling.’ We can then use our specific judo knowledge and see it respected across all other sports activities, not just judo. That then opens more doors and makes schools feel familiar and comfortable.

In Hungary the 322 existing schools all had a more traditional teaching style than the SchoolJudo.EU project encourages. The two schools in the pilot project showed straight away that their children have benefitted enormously from the project’s new approach, making values and social development integral parts of the plan. The obvious future goal must be to carry the SchoolJudo method into those 322 schools and the translating of documents is a good step towards that promotion.

Ruben Houkes, the spearhead of SchoolJudo.NL and Skills4Life in the Netherlands, the cornerstone companies with the initial ideas and experience said, “In the Netherlands there are 6000 primary schools and we are currently present in ten percent of them with the SchoolJudo.NL programme. We are working to solve as many logistical issues as possible such as the need for specialist coaches and judogi. As the teaching method is focussed on the values as the core, much more than the nuts and bolts of technical judo, we are exploring many avenues of delivery that can be managed within any type of school environment. Is it possible to teach successfully without tatami, without judogi or without specific coaches? Can we create a solid and sustainable programme that is manageable in all school contexts. We have a unique product and are continuing to develop it. Hungary is a great example of how this is now being explored in places outside the Netherlands too.” 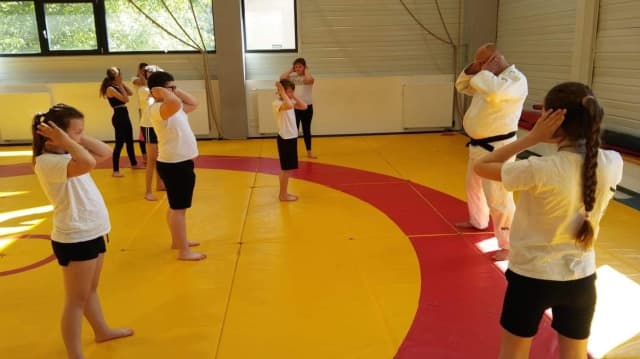 The Entertrainers in Hungary have been very positive about their part in the system. Rego commented, “I like the values-based teaching. I think these are the foundations of the sport of judo, which should be emphasised for personal development.”

Zoltan also reflected on his experience, “With the right funding, this could be a very good programme. The teachers and headteachers in the schools should be very open-minded so that we can introduce the basics of judo to as many children as possible. The programme could improve the image of judo in Hungary greatly.”

Although the pilot project is now over, there has been such enormous learning for all those involved, that it will undoubtedly impact the what-comes-next planning for each country and Hungary is no exception.