Judo Steps into Schools in Nicaragua

By Nicolas Messner, Esther Stam on 24. Sep 2019
Share
The IJF, FEJUNIC, Mined and IND sign an agreement that will allow the practice of this sport in the primary education centers of Nicaragua. 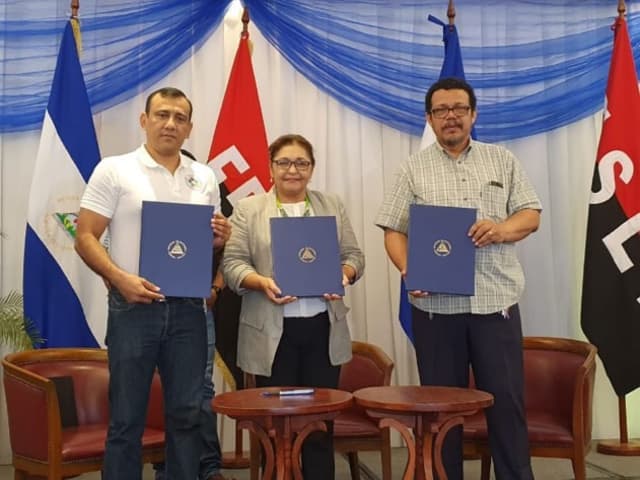 In order to contribute to spreading the human values ​​among Nicaraguan children from an early age, Mr. Marius Vizer, president of the International Judo Federation, approved the developement of a Judo in Schools programme in Nicaragua.

Already present in more than 38 countries in the world, the initiative in Nicaragua will be executed through the Judo Federation of Nicaragua (FEJUNIC), the Ministry of Education (Mined) and the Nicaraguan Sports Institute (IND). The first stage will focus on nine primary education centers and will start in 2020.

The official signing was held on Thursday, September 5, at a hotel in Managua during the closing ceremony of the third National School Sports Congress. Donald Somarriba González, President of the Judo Federation of Nicaragua, the Minister of Education, Miriam Raudez, and the IND Executive Director, Marlon Torres were present as well as Salvador Vanegas, Presidential Advisor on Educational Issues.

¨This agreement comes to strengthen the policies that the Government of Nicaragua has about Education, contributing through sport to transmit values to primary students. What sport better than the judo that has in its DNA many intrinsic values such as friendship, honor, respect, modesty, courtesy, courage, self-control and sincerity, can do that. In this project we will add a ninth value, the catalyst for Judo in Schools: FUN. With Judo in Schools, learning has to do with fun and we are going to be the facilitators”, said Donald Somarriba González. 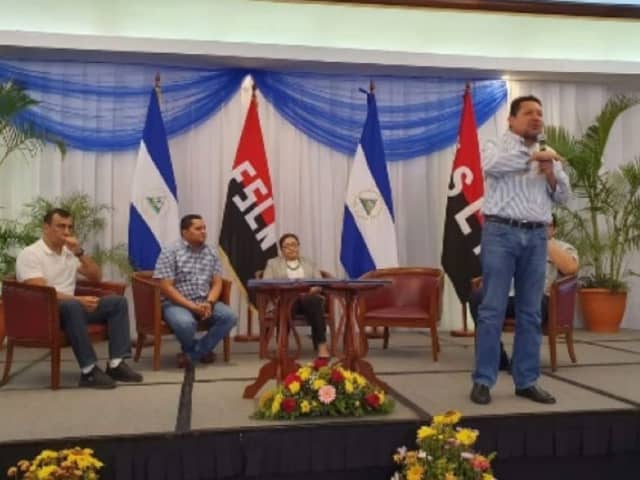 This project will benefit children from 6 to 12 years of age in the Municipalities of Estelí, Matagalpa, Managua, Masaya, Carazo, Granada and Corinto. And it will be funded for a year by the International Judo Federation. After this first year, it will be sought to expand to more places in the country.

"The idea is that in the following years we will continue with the support of the Government, which will replicate this effort and gradually expand to introduce the practice of judo in a systematic way and an academic way in Primary schools," said Salvador Vanegas.

The architects of this interesting sports project said that all schools will be equipped with Tatami and judogi. Likewise, the payment of the instructors is guaranteed and they will adopt the name of ‘entertainers’.

HOW WILL THIS PROJECT WORK?

The next step, after signing the agreement, for the different Nicaraguan authorities involved is to work in teams to follow the methodology that the International Judo Federation wishes to use to implement this pilot project, whose main idea is to incorporate judo in the field of Physical education.

“This IJF project already has its own methodology and we are going to insert it in the methodological part of the Ministry of Education and start in January 2020. We are going to elaborate a plan, which includes presentations, training for physical education teachers, principals and those in charge of School Counseling in the centers where we are going to initiate the Judo in School programme”, said Donald Somarriba González.

Judo in Schools
Namibia: A Case-study for a Better World