By Nicolas Messner on 08. May 2019
Share
Esther Stam and Leandra Freitas, from the IJF Judo for Children commission, just came back from Algeria, where they went to implement the Judo in School Programme. They tell us about this unique experience. 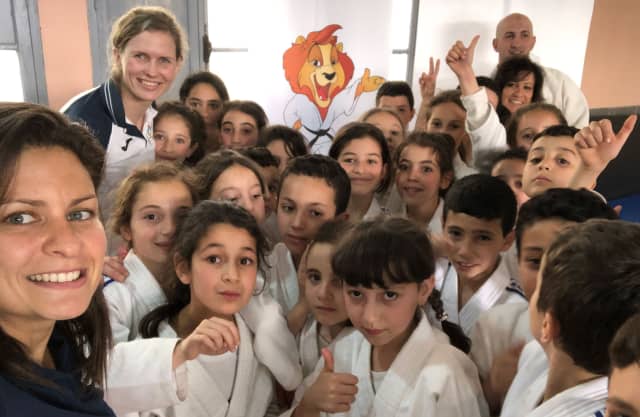 “Young children in Algeria have a lot of temperament, not always in a good way. Judo is a great way to teach them how to control themselves.” These are the words of Soraya Haddad (ALG), Olympic and world medallist.

Since January 2019 she is project manager for Judo in Schools in Algeria, in collaboration with the IJF. She accompanied us to Messaoudi Abdou Primary School in Oudhias, the first school in Algeria to start with the judo in schools programme.

After a three-hour drive through the mountains of Algeria, we arrive in Oudhias. We were welcomed by Algerian songs and poetry. As we arrived, Acour OUISSEM was already waiting for us in her brand new judogi. The eight-year-old lives in Oudhias and is one of the pupils of the school. She immediately told us: “Normally we have one hour of physical education every week. But for the last three months, judo lessons have been added. I like the lessons a lot. ‘The teacher says’ that it is my favourite game. I love playing games and learning techniques. It’s a nice change to all the topics where you have to think hard. It helps me to study better.” 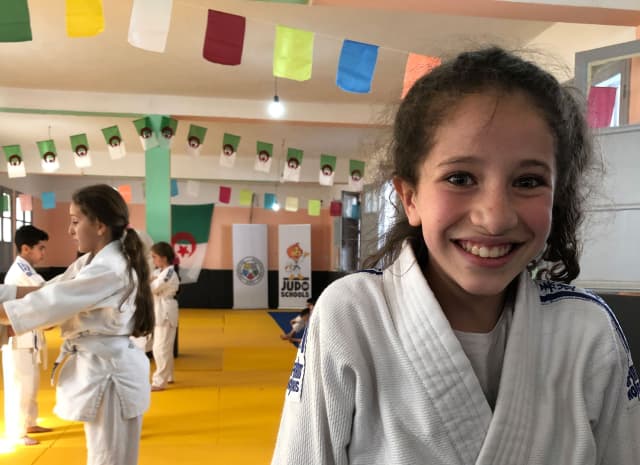 You can see the joy on the faces of the children

Soraya Haddad didn’t have to think twice when she was asked to lead the project: “We have physical education in Algeria, but it’s general and given by the school teacher. I believe that judo, as a specialized project, is much needed in Algeria. It’s a refreshment for the physical education. It’s also very important for the development of the image of the sport itself in the country. The image improved slightly because of the Olympic medals. But since we have had this project, parents really start to change their mentality and see the educational value of judo. And how could it be different? You can see the joy on the faces of the children.” 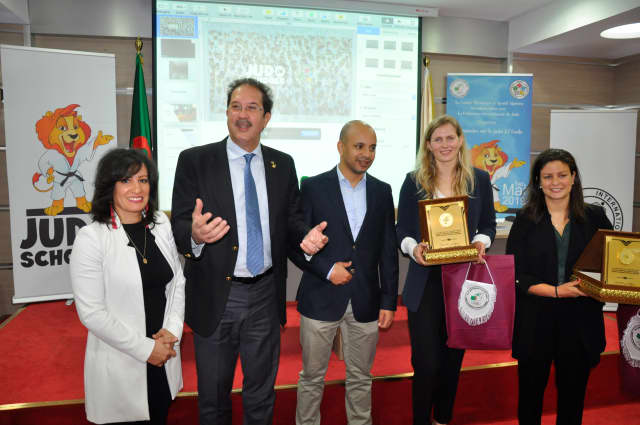 The judo lesson we witnessed during our visit are the result of a special collaboration. Because the tatami and judogi are still on their way, the National Olympic Committee sponsored the materials for this school. Mustapha Berraf, president of the NOC explained why they supported the initiative: “We consider this to be an exceptional initiative. It will not only promote judo as a sport, but also it will be important for the education of the children. It’s one of the reasons why the National Olympic Committee decided to already support four schools with tatami and judogi so they can start. Thanks to the skills and knowledge of all IJF judo family, I believe that judo has a good time ahead. Judo in Algeria went through some difficulties, but this programme will allow a total revival of the discipline.” 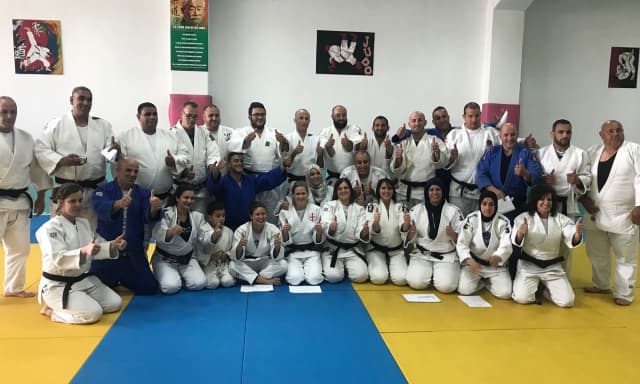 After the school visit, the Judo in Schools seminar took place in Algeria

The first results are already visible in Oudhias. The headmaster, Mr. Kerrou Boukhalfa, has already noticed different behaviour from his children: “Boys and girls are more mixed. I think it’s because they don’t see the difference in the judogi. And the differences start to disappear in other places too. It’s magnificent. My wish is that this project will stay for many years.

Soraya concluded: “It might look like a small start, but we won’t stop here. My goal is to have judo as part of the school curriculum everywhere. We just made the first important step.”

After this important visit, Esther and Leandra went back to Algiers to lead the Judo in School seminar. More information to follow.