From dream to reality in Equatorial Guinea

By Nicolas Messner on 27. Mar 2019
Share
The Equatorial Guinea Judo Federation (FEGUIJUDO), in Africa, has recently joined the family of national federations registered in the International Judo Federation Judo for Children / Judo in School programme, which now has more than 30 participating federations. 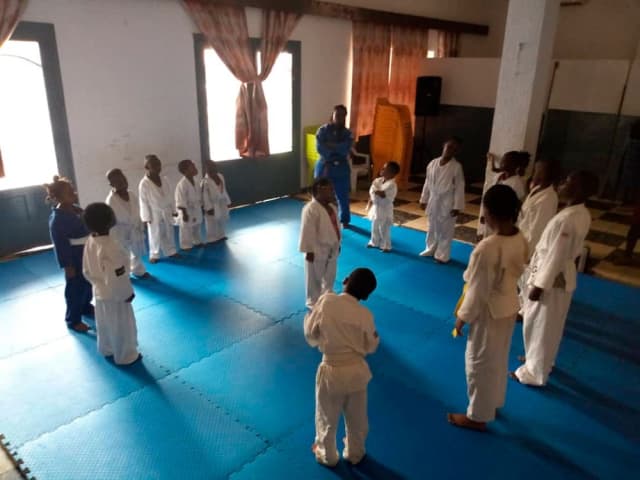 We asked FEGUIJUDO President, Jose Nguema Biyogo, to explain the objectives of his ambitious program.

"To date, the national federation has a dozen judo clubs, for a hundred practitioners. We hope that soon we will have our first local black belts, because for the moment, the only black belts are foreign judoka settled in Equatorial Guinea.

Our country has the specificity of having two very distinct geographical parts: on the one hand, a continental part, which is the biggest one and whose main city is Bata and, on the other hand, an island part, where is located the capital of the country, Malabo. As part of the judo project for children / judo in school programme, we organized the first demonstrations in Malabo. But we are planning to expand the activities. 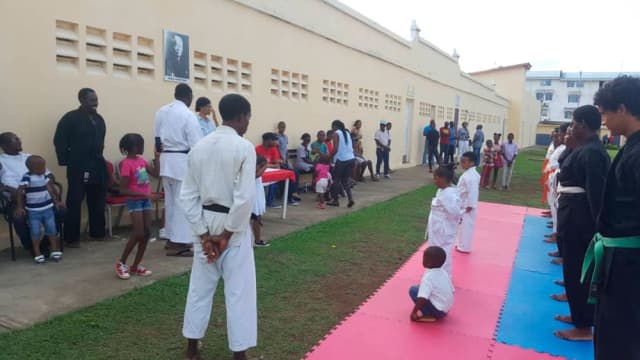 Equatorial Guinea is the third largest oil producer in sub-Saharan Africa. The government has drawn up an economic plan called ‘Horizon 2020’. It consists for example in the construction of infrastructures such as roads, buildings ... In the near future, another economic conference will be organized with the aim of creating small and medium industries for the processing of our agricultural products.

Despite the difficulties related to the oil price crisis, we want to be part of this development strategy. We have established an annual calendar of sports and other official activities, which is applied and helps us to prepare the judo projects.

We know that the IJF's material support (250 judogi and 3 tatami) is on its way and we look forward to receiving it. This sporting material, offered as part of the judo for children programme, will allow us to launch the activities to a larger scale, since it will allow us to begin judo sessions in the five pilot schools that have been chosen.

The idea of ​​launching the judo for children programme has sprung up following the organization of a national conference on sport organized by the government. During this meeting, the government approved the promotion of school sport involving all officially recognized sports in the country. This is why we have asked the IJF to support our federation in the promotion of this sport, as well as in the development of programmes for children.

We do think that it is important for our youth to learn the culture of this sport. This policy of promoting judo in schools will help the FEGUIJUDO demonstrate the benefits of judo. The cultural, social and philosophical values ​​of the sport, regardless of its sporting dimension, are essential.

With the Judo for Children, the FEGUIJUDO plans to promote the creation of a group of qualified coaches in the short, medium and long term, as well as the implementation, dissemination and the development of judo throughout the national territory.

Our main partners are the government and the IJF. We are also working closely with the Olympic Committee of Equatorial Guinea and the African Judo Union. We also hope to find sponsors. The FEGUIJUDO Steering Committee is fully committed to the realization of this great educational project. With the support of Secretary General, Juan Mba Sima, and Technical Adviser, Francisco Olivenza, as well as teachers from the various clubs and all the infrastructure of the Federation, we have many hopes.

My dream is that the judo for children becomes a reality and this is actually the case now.